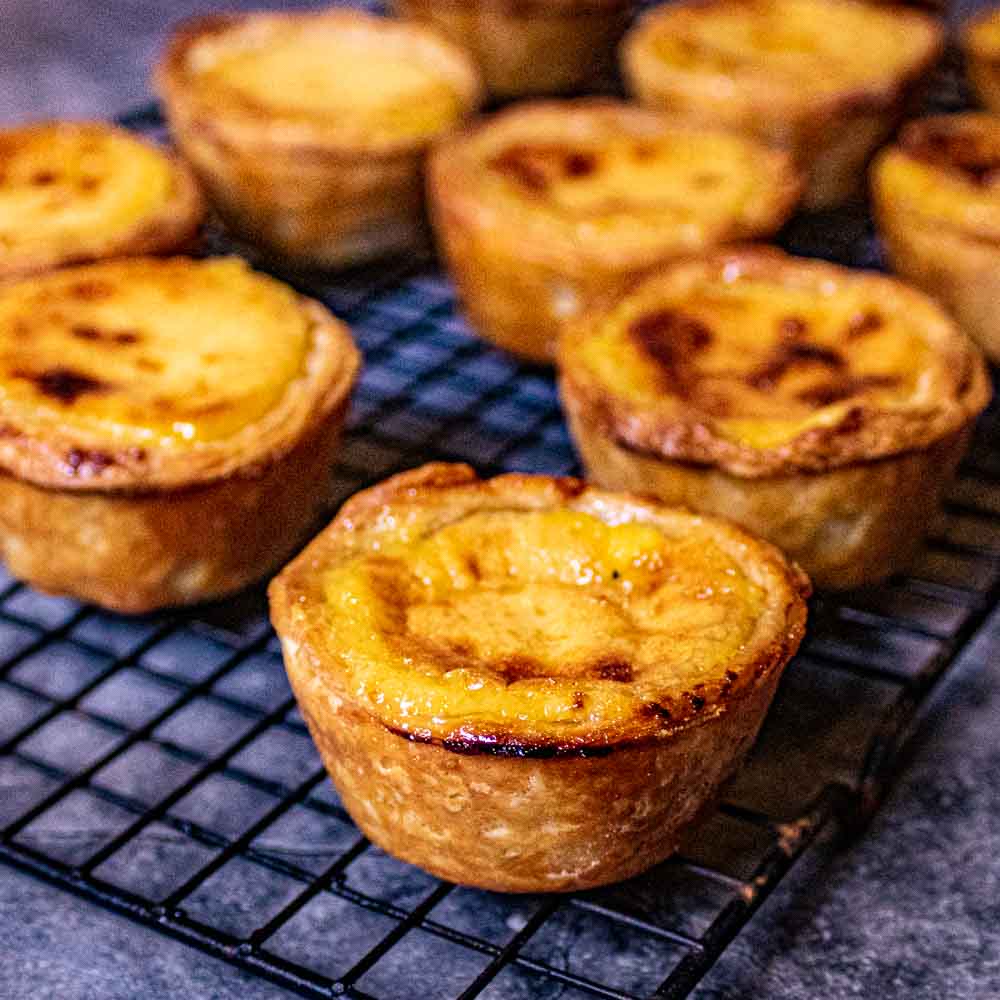 Pastais de Nata are the most iconic pastry of Poland, with each bakery safely guarding their recipe which has been passed down through the generations. The longing to go back to Portugal again to taste these delicious Pastries has me resorted to making them myself because of lock-down. But don't be fooled by these crispy exterior and creamy interior beauties, they are somewhat fickle to make! If you are brave enough to delve in and make these yummy pastries, be sure to make a double batch! I assure you it'll be worth it.

For the syrup.... Place all the ingredients in a small pot and bring to the boil and allow to simmer slowly for 10 minutes so that it infused the flavors of the lemon, cinnamon, and vanilla. Allow to cool for 10 minutes.

For the custard... place the flour and milk in a medium pot and whisk briskly until it comes to the boil and thickens, and no lumps remain.Allow to cool for 10 minutes. 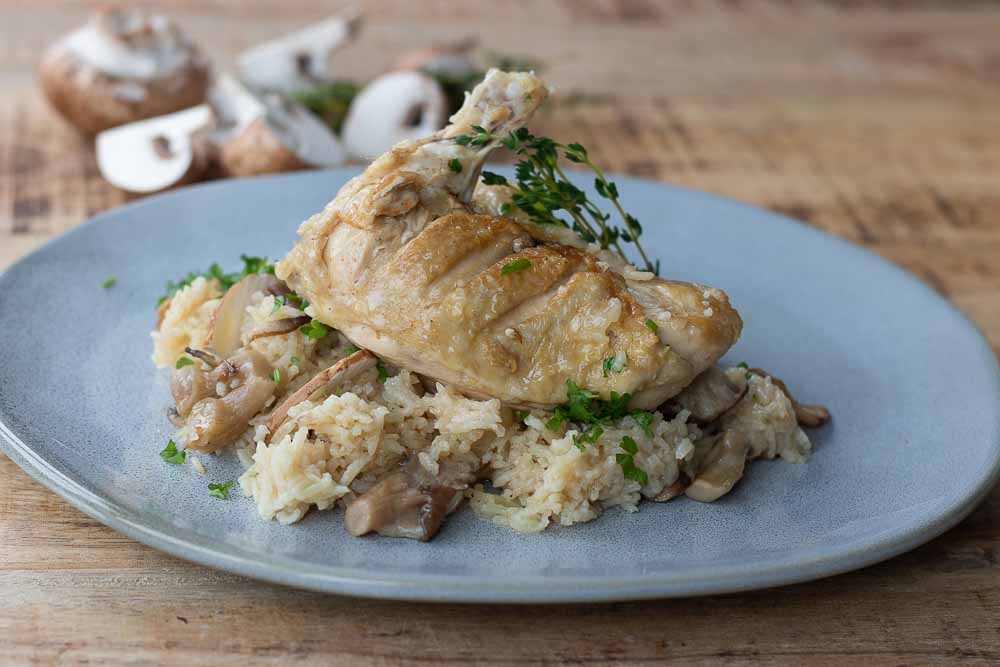 This is a perfect quick and easy one pot wonder dish, whilst taking advantage of wild mushroom that are now in season! Perfect for a get together along with a nice glass of chilled white wine.

40 minutes 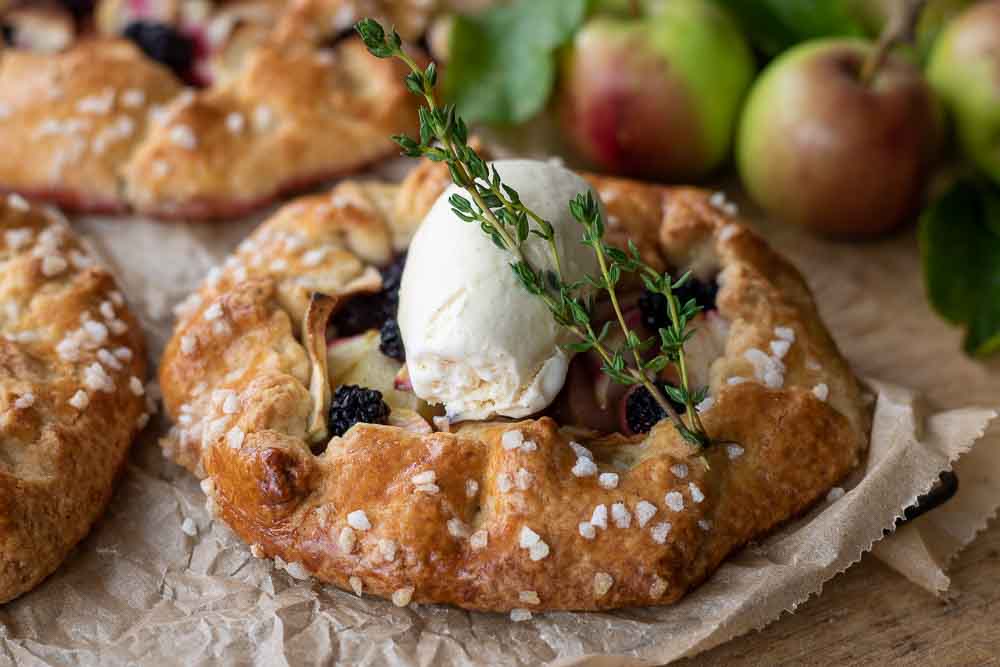 Apples and blackberries are abundantly in season and a perfect pair for this easy rustic Galette. Serve warm with vanilla ice-cream for a delicious autumnal treat! Enjoy!

1 hour 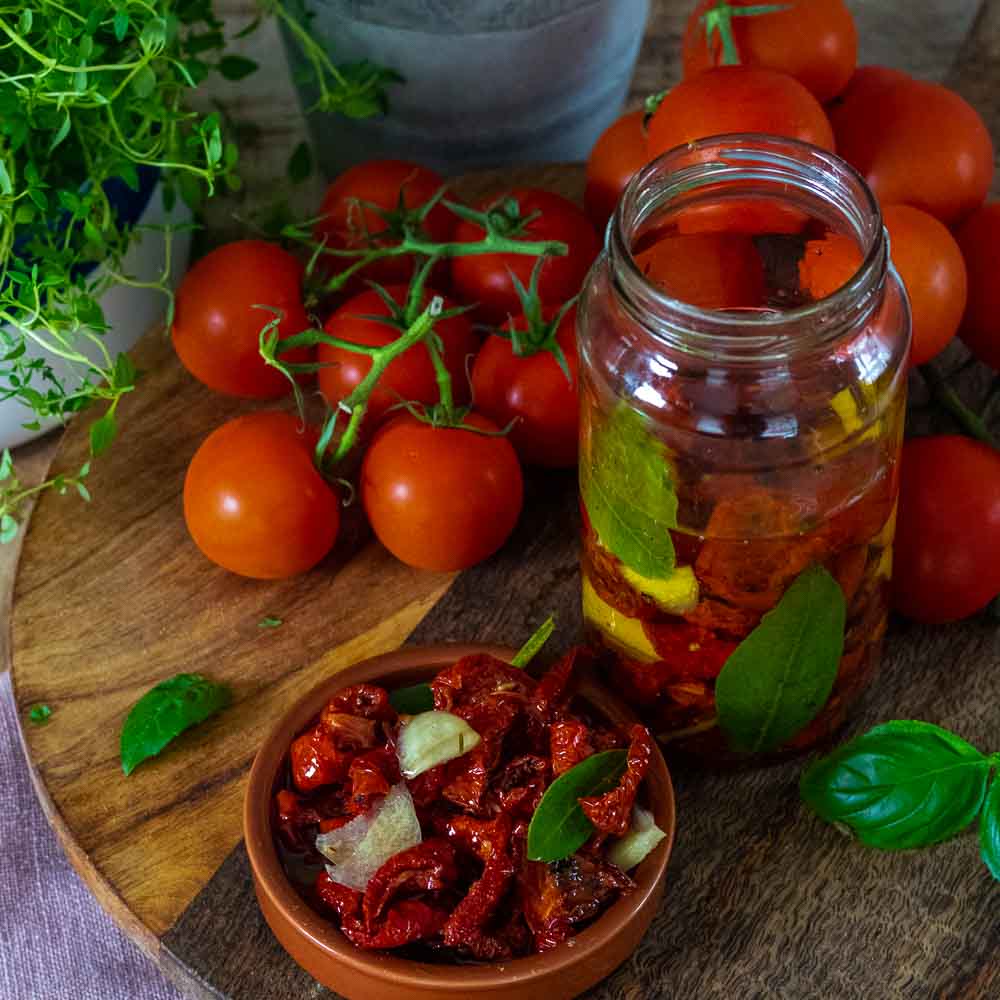 These deliciously sweet semi sundried tomatoes are so simple to make and much nicer than the store brought variety! July brings with it an abundance of tomatoes in the greenhouse and what better way to enjoy them all year round, and they are so versatile too! pop a few into a cream pasta sauce, serve on an artisan board or serve alongside baked fish. Enjoy!

3-4 hours
ALL RECIPES
Keep in touch and receive fun updates!
Thank you! Your submission has been received!
Oops! Something went wrong while submitting the form.
Made with love by Red Pick Media